skip to main | skip to sidebar

Too ill to blog

I'd hoped to blog a bit more today on the Glenrothes situation but have come down with a horrible cold - could it have been something I caught in Kinglassie on Thursday? When I'm up and about I'll be back on with my latest thoughts on what's been happening. Til then here are three interesting things about our weekend .....................

We have not listened to Kingdom FM.

We have been cheered by the sight of thick black clouds scudding over the river to Fife.

We've been wondering how long it would take to reintroduce tolls on the Forth and Tay Bridges.
Posted by Michael at 16:44 38 comments:

If you haven't done so already, take a look at Richard Thomson's blog for a thoughtful analysis of the Glenrothes result.

http://scotsandindependent.blogspot.com/
Posted by Michael at 08:58 2 comments:

What Roy may or may not understand is that the Bank of England has had to lower interest rates so far because all the data points to a very severe and prolonged recession in the UK. It is in order to mitigate some of the effects of that recession that the BoE has been forced (belatedly many would argue) to take such dramatic action. Interest rates at this level only serve to advertise how badly the UK economy has been managed. This week the European Commission and the IMF have both said that the UK is worse placed to deal with the global economic crisis than any other developed country.

It is this backdrop that makes the Glenrothes election result so frustrating. Brown claims that voters supported Labour because he and his party have ideas about how to get the UK through these difficult times. The truth is that Brown remains clueless. His success recently has been in managing the news agenda. He has dominated it to such an extent that there has been no space for any other narrative to develop. His key success to date is to have packaged the bank bailout as the action of an audacious and decisive leader rather than the only course of action available to someone looking at the imminent collapse of the whole system. Brown has spun the line that the crisis is international in origin and for Scottish audiences has insinuated that small countries in particular are struggling.

Brown has a couple of advantages over other politicians. First Labour are in power in Westminster - with your hands on the machinery of government it is always going to be easier to look like you're doing more than anyone else. This coupled with an improved spin machine gives the impression that Brown is not only on top of the crisis but on the side of ordinary people - witness the daily demand from the erstwhile free market devotee that petrol prices are lowered or bank charges reduced. Brown has begun to look like he can deliver change when he is doing no more than timing his demands to fit in with, for example, already falling oil prices. His media management has been remarkably successful and he has left the other parties looking like also rans.

The SNP like the Tories in England have been sidelined by this dominant narrative. The SNP's problems have been compounded by the apparent difficulties facing some small countries. Taking Iceland out of the picture, the reality is that small nations are no worse off than anyone else. While some like Ireland face recession this makes them no different to the UK. Others - Norway and Finland, for example - seem likely to be able to ride out the recession. The issue for the SNP is that Labour has been able to reprise its tactic of engendering fear in an electorate which lacks confidence and is highly sensitive to "evidence" which appears to confirm their suspicions that Scotland is a place which will always struggle to be a success.

In the face of an agenda setting UK Prime Minister and a bedazzled press the SNP has struggled to communicate an impression of decisiveness and engagement with the economic crisis. There are limits to what the devolved government can do particularly in the face of the worst economic situation for 80 years. Some voters will interpret this as an indication of government failure rather than as evidence of the inadequacy of the present constitutional settlement.

Putting more money into people's pockets is something the SNP has done. The nationalist government's action in cutting business rates and freezing the council tax gives citizens more money to spend - vital in stimulating the economy and increasing consumer confidence. Somehow the message that the SNP is taking practical steps to create conditions conducive to economic good health has not been effectively communicated.

Glenrothes has been a Goldilocks election for Labour - the conditions have been just right and they've got their electoral porridge. Sooner or later events will overtake them and the election will be seen as a blip.
Posted by Michael at 10:23 2 comments:

Here are my first thoughts:

First, my own view about the level of popular belief in the "Brown as saviour of the capitalist system" narrative was wrong.
There has been a Brown bounce.
Labour very successfully punted a story about being resigned to losing the seat to make the victory seem remarkable.
As the full impact of the economic contraction becomes apparent Labour's recovery will start to falter.
Creating fear is still an effective tactic for Labour.

I'll write more tomorrow. In the meantime keep your spirits up. In this stormy economic climate it seems like anything can happen and the most bizarrely contrarian results can emerge. Like the markets, political parties may find their stock rising one day and crashing the next.

Here's a nice video to celebrate with.

Thanks too to Scots cultural activist, Billy Kay, for letting me have this extract from his book, The Scottish World:

This is from the chapter, The Scotch South

There, in the Cape Fear district in the baking flatlands of Scotland County, I also discovered that as recently as 1907 a book titled Lyrics from Cottonland by John Charles McNeill was published. Descended from Kintyre folk, McNeill's poetry reflects the voices of the black, Indian and white people of the area. He is regarded as the poet laureate of North Carolina. In ‘On the Cape Fear’ he condenses the history of the Argyll colony in a Scots voice which rings true:

Prince Charlie an I, we war chased owre the sea
Wi naething but conscience for glory.
An here I drew sawrd, when the land wad be free,
An was whipped tae a hole as a Tory.

When the Bonny Blue Flag was flung tae the breeze, I girded mysel tae defend it:
They warstled me doun tae my hands an my knees
An flogged my auld backbane tae bend it.

Sae the deil wan the fights, an wrang hauds the ground,
But God an mysel winna bide it.
I hae strenth in my airm yet for many a round
An purpose in plenty tae guide it.

I been banished an whipped an warstled an flogged (I belang tae the Democrat party)
But in gaein owre quagmires I haena been bogged
An am still on my legs, hale an hearty.

Labour's Away the Day

Thanks to "Gorbals" for alerting me to the scan of the minutes of the now notorious Fife Labour Away Day. You can read them at

Remember to activate the full screen mode in the top left hand corner of the screen. Some of the best bits are a bit difficult to read if you don't.
Posted by Michael at 09:46 No comments:

Halloween brings no magic for Labour

Since May 2007 Labour have been looking for the magic spell that will make the SNP disappear. Having relied solely on the "sums don't add up" formula to see them through years of competition with the SNP, Labour has searched since for something that will do the trick as effectively.

Wendy - she of the planet sized intellectual pretensions - was supposed to be able to conjure up a suitable scheme. Struggling from the start to find an easy solution to the SNP problem, Wendy conscripted to Labour's cause an army of vulnerable two year olds; "socialism"; Jackie "Nuke-em" Baillie and a score of other temporary human shields and fly by night substitutes for policy.

In recent times Scottish Labour must have felt its luck was on the up. Global economic collapse, Brown's dead cat bounce, press gullibility and the problems of Iceland seemed to have combined nicely to create the magic potion that, in a puff of smoke, would make the SNP disappear forever – the thing devolution was supposed to do but didn’t.

As they stand round the cauldron stirring together these ingredients Labour seem to be unaware that they are doing nothing more than bringing back to life the two monsters – let’s call them Fear and Negativity - which overwhelmed them in the first place.

For at the heart of Scottish Labour there remains an enduring unanswered question - what are they for? To be perpetually against something is just not good enough – for one thing it is extremely unattractive to voters. To revel in the misfortunes of others and to make electoral capital at the expense of confidence in Scotland’s economy is evidence of moral and political bankruptcy.

If stories in today’s papers are to be believed, Glenrothes is already won for the nationalist cause. If that is true then we must be grateful to the huge effort that so many thousands of SNP members and supporters have put in to make it possible. I hope the predictions are right. If they are they will confirm what I said in an earlier post - Brown has already been bounced.

Interestingly Iain Gray, the leader of the Labour members in the Scottish Parliament, has been relatively quiet on the attacking Scotland front. Maybe he has had the nouse to understand that running down the country plays badly with voters – after all, the tactic lost Labour the election last year. In the event of an SNP win, it would be interesting to speculate on Mr Gray’s views on the role played by Jingo Jim Murphy in bringing about such a result.
Posted by Michael at 20:44 4 comments: 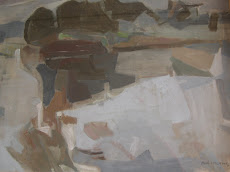